Small introduction to the theory of relativity

This is a translation from German language and therefore it may be not perfect. 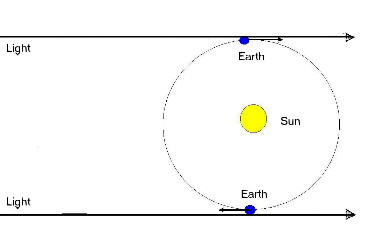 All measurements of the light however always showed a constant value for the speed of light of approximately 300,000 km/sec². This seemed to contradict the experiences with speeds on earth totally. Albert Einstein solved this contradiction 1905 with his theory of relativity, which means among other things that by systems moving against to other systems the times and lengths of one system measured from the other are always different. They behave relatively to every system. This relativity of lengths and times is not to be understood with our five senses.
You imagine now, you can look into a moving train. A 1 meters wooden board in the train would be measured from outside less than 1 m and in the train exactly 1 m. This looks like magics. But it occurs only if the train would move approximately with speed of light, i.e. the classical mechanics after Newton is not removed by the theory of relativity. She is considered furthermore as true, if you has to do only with relatively small speeds. With approach to the speed of light you must consult the special theory of relativity for the physical view, which concerns itself with uniform movements.

In general theory of relativity Einstein makes statements to masses, gravitation and further phenomena of the universe as, for example, the curvature of the space. One of its most important knowledge is contained in the formula

(energy is masses multiplied by the squared speed of light). It means the equivalence of masses and energy.

Today the statements of the theory of relativity are undisputed and proven in the reality by many examples.

b)   µ-Mesonen appear during the cosmic radiation in approximately 30 km height. From lab tests we know their life span with 2·10 -6 seconds. From their point of origin they could move with the maximal speed, the speed of light, only  600 m until they were disaggregated. They come however down to earth's surface. Since they move almost with speed of light, their life span is extended for an observer on the earth. From this fact, you can conclude that a spaceman, who moves in space with approximately speed of light ages slowly.

(For the contents of the linked sides we give no guarantee, therefore always the respective offerer or operator of the sides is responsible.)